The Southern Highlands Concert Band is a community organisation which was formed with the support of Wingecarribee Shire Council in 1985 and currently has a playing membership of more than forty musicians of widely varying ages.

The central aim is twofold: to provide quality music to complement the many civic and social events within and beyond the Southern Highlands, and to make available a medium for musicians of all ages to enjoy and develop their musical abilities.

The band performs regularly at both outdoor and indoor venues and presents a regular series of public concerts.

Membership enquires are welcome from players of wind and percussion instruments and should be directed initially to the band Secretary, or other contacts shown below. This may be done at any time via telephone or email, or in person at any rehearsal.

Rehearsals are held at 7:15pm on Wednesday evenings during school terms at the Bowral Memorial Hall, Bendooley Street, Bowral, Please note that as from beginning of March 2021 rehearsals will be in the Senior Citizens Centre in Corbett Gardens instead of the Memorial Hall.

Early History of the Band

The presence of a band in the Southern Highlands dates back to the 19th century. A reference to the Bowral Brass Band appeared in the very first issue of the Bowral Free Press, dated July 7th, 1883. The bandmaster was George Vincent, whose son, George E. Vincent later became Bandmaster of the Bowral Association Band which was formed in 1894. 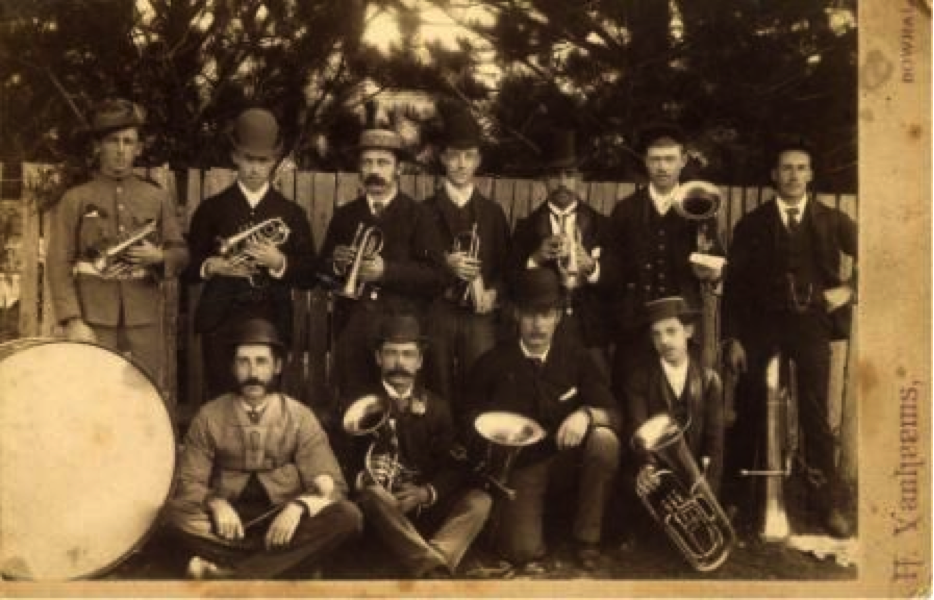 Having visited the district with his father, also called George, from whom he learnt how to play brass instruments as a boy, George E. Vincent (1874-1932) became deeply involved in the district's life as musician, music teacher and prolific composer, and as a townsman of the first rank. His father travelled to Bowral from Sydney almost every week between 1883 and 1886. He was Bandmaster of the Bowral Brass Band, taking practice at night and returning to the city the following day.
A local press report told of a concert held in the Temperance Hall, Bowral during 1883 when young George was nine: "The most pleasing feature of the entertainment was the performance of Miss and Master Vincent, two little children. The former acted as accompanist, while the latter's performance on the cornet was marvellous. They appear, however, to the best advantage when playing in company with their father."
George was 12 years old when his father died in mid-1886 in Sydney. He studied music privately and four years later moved with his widowed mother and siblings to Mittagong. At age 21 in 1896, George received official notification from Trinity College, London that he had been appointed to the position of Associate of Music at that College, which was the highest musical honour obtainable in Australia at that time. He also obtained honours in Counterpoint and Harmony and passed all the diploma examinations, including the matriculation.
These results were more remarkable for being achieved without formal musical instruction since his father died.

A new brass band, the Bowral Association Band, was established in Bowral by the Young Men's Association in 1894 and George Vincent was appointed Bandmaster, a position he held until his death in 1932. 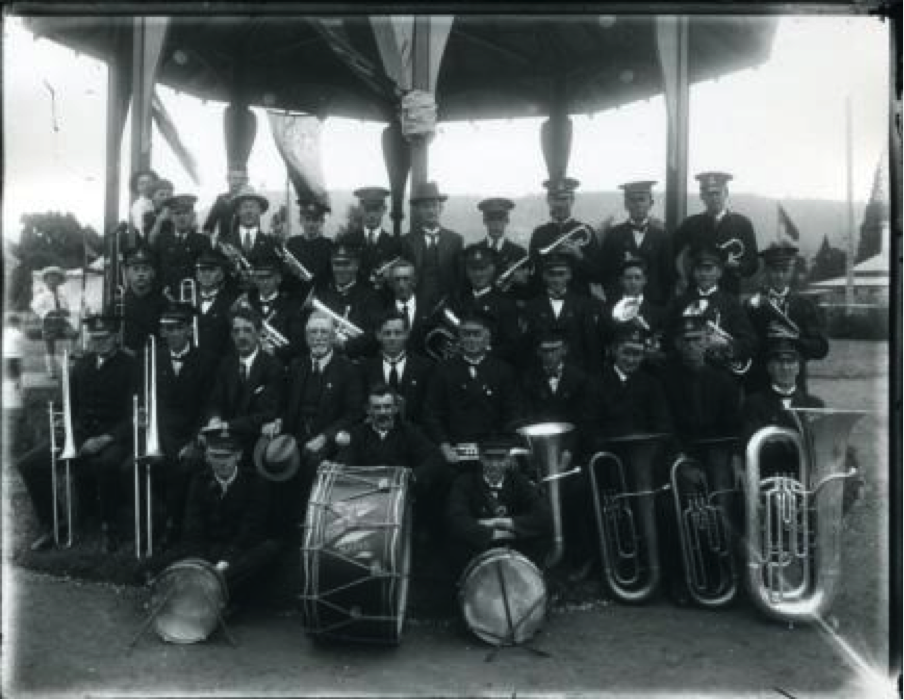 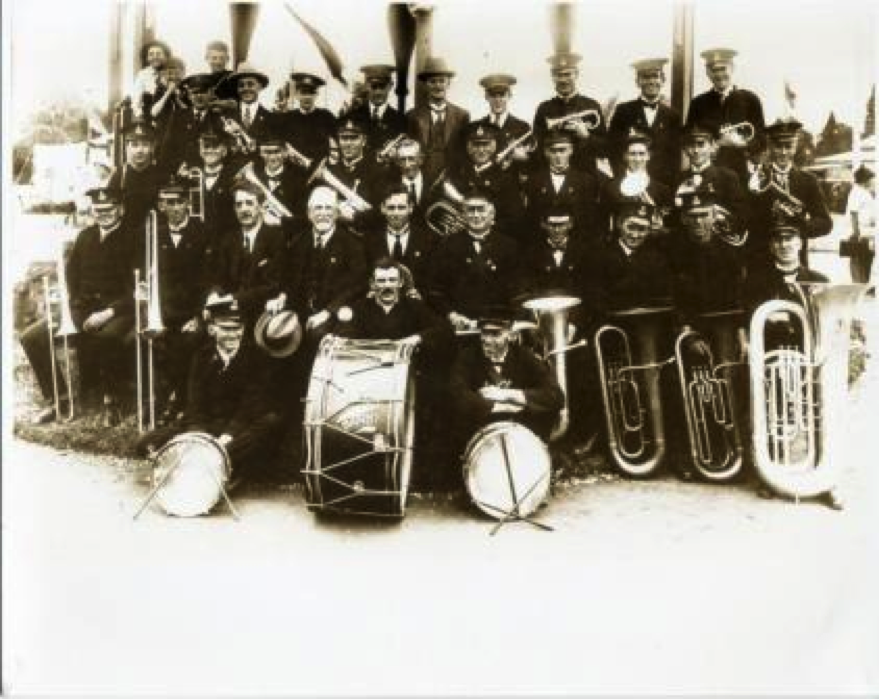 1926 Titled: 'Back To Bowral'. Band lined up for photograph with instruments in front of bandstand in Corbett Gardens, Bowra The combined bands of Ashfield and Bowral sitting for a formal photo in 1925 or 1926.

With the coming of war the band was depleted by enlistments in the services and numbers dwindled to worrying levels. In May 1942 it was decided to launch a strong appeal for young boys from the age of fourteen to join the band. They were to be given training to swell the ranks and former bandsmen were asked to rejoin. The response was immediate and the band was able to pass its fiftieth milestone. To mark the occasion the Band gave a concert in Corbett Gardens on the night of Sunday 19th November, 1944 and there were further celebrations in the form of a Ball and Reunion in January 1945. 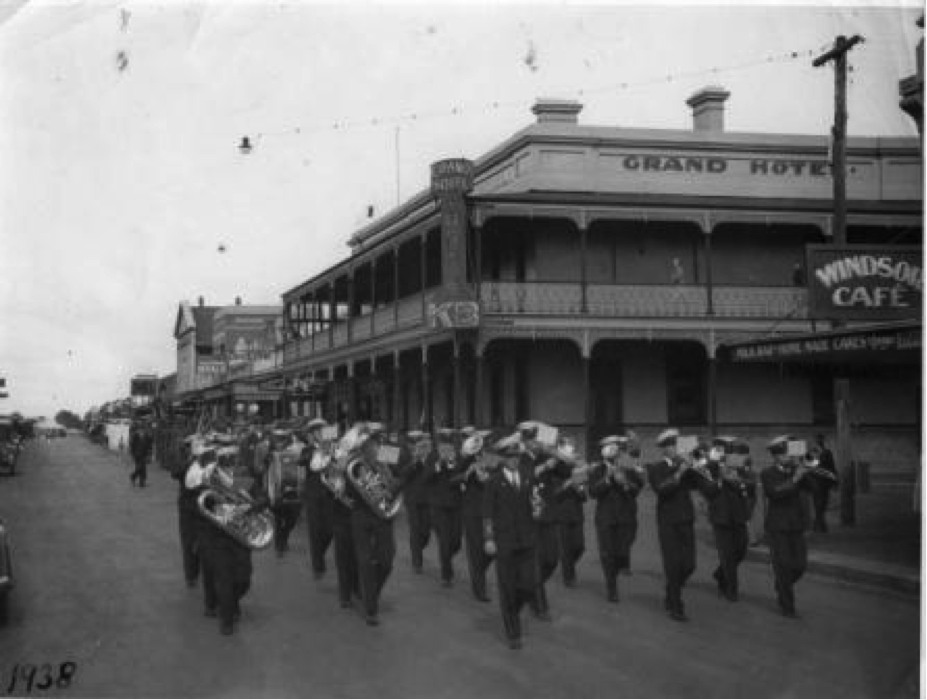 Edgar Sweeney led the Band until 1948. Thereafter it was kept alive under the baton of L.W. King who was the conductor from 1948 until 1959. Gordon S. Ross took over in 1959 and was conductor until 1976, when, after 82 continuous years the band ceased to be active.

Some memories of the February Concert 2021
Photographer Chris Donaldson